Why Buy a Central Vacuum System?

If you've arrived on this page, you're probably wondering what's the big deal about central vacuums. We'll explain the top reasons to buy a central vacuum.

No other technology cleans as efficiently and effectively as a central vacuum cleaning system. It is by far the best choice in making your home healthier and cleaner. In addition to the trusty broom and dustpan, many homeowners use a small vacuum for the stairs and the car, an upright for the carpeting, and a shop vacuum for the garage. They all need filters, belts, and periodic maintenance or replacement. It's hard to believe that a central vacuum could replace most of these cleaning tools.

Although normally associated with new construction and expensive homes, central vacuum systems can be installed in most existing homes and are actually quite economical. They add resale value to your home, so a central vacuum is an investment that will pay for itself. Breathe easier: Indoor air pollution is one of the most common problems addressed by allergists. One in three people in the U.S. have dust-related allergies and the EPA estimates that indoor air may be up to five times more polluted than outdoor air. A central vacuum is often recommended for removing pollutants since 99.7% of pollens, bacteria, and pet dander vacuumed are exhausted out of the home when vented outdoors. Researchers at the University of California at Davis school of medicine revealed that the use of a central vacuum system reduced nasal allergy symptoms by as much as 47%, eye symptoms by as much as 61% and improved indoor air quality by 52%.

The second reason to purchase a central vacuum is the tremendous cleaning power. A central vacuum system can produce as much as five times more power than your normal household vacuum cleaner, and since it's in a remote location, the sound produced from the central vacuum is barely noticeable. You'll be able to hear the phone ring or carry on a full conversation with someone in the same room with no need to yell over the vacuum.

Finally, a central vacuum completely eliminates the need to drag a bulky machine around the house, denting and scratching furniture and walls in the process. Household vacuums have to be carried up and down stairs, and canister style vacuums have the potential of falling down the stairs and breaking itself along with whatever is in its way. The dirt capacity of an average central vacuum is very generous when compared to a household vacuum. They usually require emptying once, maybe twice a year depending on how often you vacuum. Also, having a built-in vacuum system typically retain their full value when a home sells and is considered a home upgrade which increases the value of the home - something that can't be said about a portable vacuum, no matter how expensive it was. 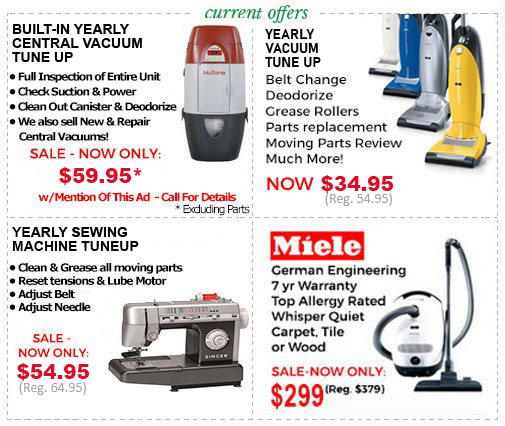 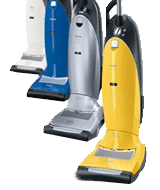